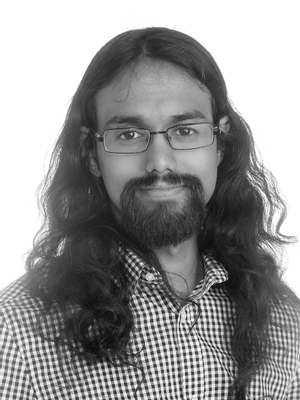 I first discovered the joys of programming at age twelve by fidgeting around with my TI-83 graphing calculator in class. Shortly thereafter, I started to find myself staying up into the middle of the night learning programming languages, making little games or tools, or playing around with HTML and CSS.

The ability to build interesting or useful things with almost nothing but a working computer at my fingertips was something I immediately found compelling. Since those early days, I've rarely gone more than a few days without programming one thing or another, and over time my appreciation for the art of crafting software has only grown.

When I went to university, selecting computer science as a major was an easy choice, and after graduation I worked in the capacity of a fullstack developer in the US until an interest in developing bioinformatics software led me to research groups in Sweden. After working as a research software engineer in Sweden for a little over two years, I joined tretton37!

These days, I'm most interested in working on modern web stacks since there's always something new and exciting to learn!

When I'm off-the-clock, and not still programming something, I'm probably busy struggling to learn some Swedish (since human languages are quite a bit more challenging for me to grasp than computer ones), reading about one of a million seemingly arbitrary topics that I happen to find fascinating, binging on some TV series, listening to downtempo music, or simply enjoying good conversation with good company!​

Join Saair! We have vacancies in 🇸🇪Lund along with an enviable recruitment package.