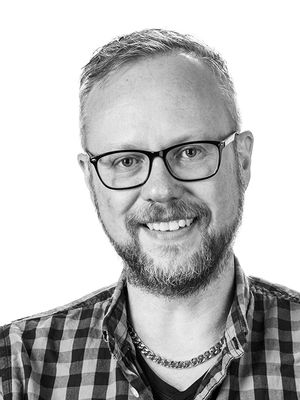 I guess everything started when I got my first computer, a second-hand Commodore 64 with a ton of cassette tapes and discs. I remember that my father and brother stayed up way too late trying to load games and figuring stuff out, and it all ended with me having to show them how to get Giana Sisters to load the next day.From that day I was hooked, but when all my friends tried to beat the high score in a game, I was more interested in how everything worked under the hood, what made all the magic sound and colors I saw on the screen?

I never became a game designer, but found my place in web and application development instead, and have never regretted that path.I’ve always been curious and on the lookout after the next thing that impresses me, and stuff that makes me impressed and says "wow, that’s cool".Programming should never be boring, it should always be fun, creative, and inspiring.And I still help my brothers with their computers, but I guess that’s a common thing for the family nerd.

Join Joakim! We have vacancies in 🇸🇪Lund along with an enviable recruitment package.