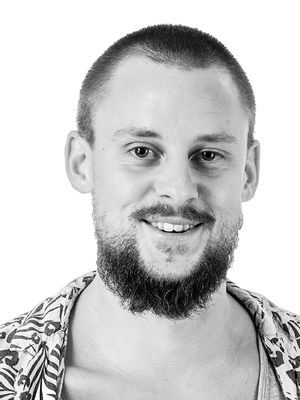 "I worked in a crisis-driven media landscape for several years. First as a tabloid reporter and then as a developing editor while starting Omni. The startup was a turning point in my life where I discovered development, scrum and the power of programming. But looking at coding from the sidelines was not enough. A few years later I worked as a developing editor for Sveriges Radio Play, which is where I decided that I too wanted to harness the transforming power of code. So: Three years, a move from Stockholm and a about twenty programming courses late, I'm here!

And by here: I mean by the computer with my dog sleeping next to me, counting the minutes until we go out for a 10k-run and then back in front of the computer, doing what I love :)"

Join Anders! We have vacancies in 🇸🇪Lund along with an enviable recruitment package.