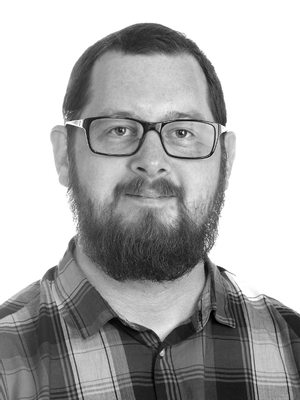 My two favourite toys as a child was my Commodore64 and matches. Playing with fire was not very popular among the adults, so I turned my focus towards becoming a full time tech nerd.

I've spent a lot of time behind the camera and working with Photoshop. My interest for art took me to northern Sweden where I studied graphic design and communications for four years. But it didn't take long before I realized I was missing something, it wasn't tech enough, so I took a few steps back and thought of what I really liked. Not the matches, but the art of tech, create things from code.

I've already spent most of my free time fiddling with everything from hardware modifications, network solutions and some coding. I was amazed by coding but had little knowledge of it, so I went back to school and gathered the knowledge I needed to get started. One might think that I would go for front-end with my background as a graphic designer, but I favor using my creativity for back-end and my side projects mostly ends up without any UI to speak of.

When I'm not coding on my side projects, I spend much time reading, it could be about anything, starting with a news article about new features in the next Visual Studio that in some unfathomable way finally leads me to a wiki page about the cebidae monkey​. I enjoy the nature and a good hike, preferably somwhere where there's mountains and magnificent views. In the winters I get on my snowboard to master the slopes.

Join Linus! We have vacancies in 🇸🇪Lund along with an enviable recruitment package.