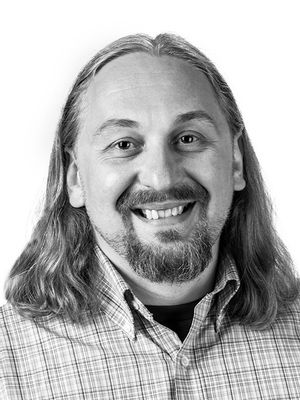 I was an 8-bit kid, first hooked on a ZX Spectrum home computer playing games and learning to program in Basic, later addicted to an old PC that I would use to fiddle with TurboPascal and Quick Basic programming languages. Everybody imagined that I would study Computer Science, but instead, I chose to study Sociology. Old habits die hard, so I decided to make a career shift during my postgraduate studies and started working as a web developer.

Some twenty years later, after being a freelance developer, running a digital web agency and taking multiple consulting assignments, I settled professionally in the area of cloud infrastructure engineering and development/deployment automation. At the same time, I was bringing social science back into my professional life by diving into the DevOps movement and trying to understand, as an insider, how it shapes the culture of an organisation as well as the social interactions within it.

I try to compensate for office work as much as possible by escaping in nature, I am an avid kayaker, and I sleep better in a tent than in a bed. If the weather is too bad for the outdoors, I always enjoy exploring the sound synthesis and sound design or play a good video game.

Join Gabriel! We have vacancies in 🇸🇪Lund along with an enviable recruitment package.