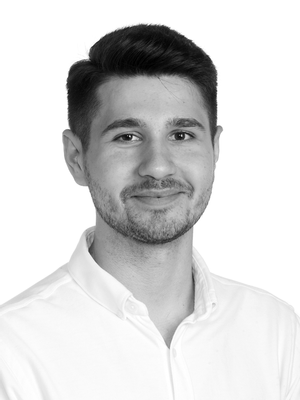 I - like many others here at tretton37 - got sucked into the world of programming at a young age. It started out with Flash (yes, Adobe Flash) and its JS-like programming language, ActionScript, in which I spent way too many hours of my youth creating sub-par Flash games.

While this was very fun, and a great learning experience, I eventually moved on to other programming languages, such as Java and C++. It was then, scratching my head at NullPointerExceptions and segfaults, that I realised that software development was something that I wanted to do in the future.

In addition to studying Computer Science, I've primarily worked as a full-stack developer for the last couple of years, and I still can't tell which end of the spectrum I love the most. Maybe it's because it all boils down to problem solving - each tech stack has its own set of problems, and solving them is what makes the job both challenging and satisfying.

In my spare time you'll either find me gaming, fly-fishing, or spending time with friends and family.

Join Edvin! We have vacancies in 🇸🇪Lund along with an enviable recruitment package.