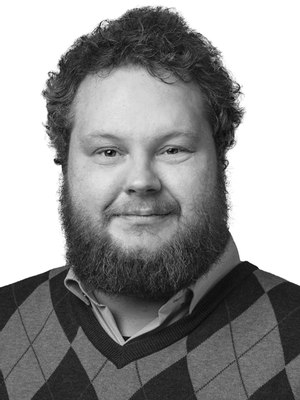 A couple of years ago, I googled my name for fun.

Way back in the results I found some long-forgotten gems that I posted from my dialup connection to the alt.www.webmaster group on USENET. They were about HTML, and even one post was about the then just invented language Javascript. I was about 12 or 13 and the Internet had started to gain mainstream momentum. The dot-com bubble was building up. It would burst in March 2000, and I would give up on programming long before that, I just didn't know that while writing those posts.

It felt like I had to wait a million years to get computer access at home. To stand the waiting, I started collecting computer magazines, bringing the attached floppies and later CD-ROM's over to friends with computers to see what they contained. These magazines also used to provide simple guides on various topics, one of those happened to be HTML. I had to memorize the tags so that I could test them out by entering them in notepad.exe on the demo systems at my local Lap Power dealership.

I was 11 when I got my hands on a screaming fast multi media monster (Pentium MMX) at home, a year later, a Telia 020 dialup connection completed the setup. It gave me everything I ever wished for. At this point, I knew very well how to abuse the
HTML tag and quickly managed to set up Geocities hosting.

The Internet was very different back then. It provided me with a safe space during my years in secondary school. I even OP'd a successful channel on DALnet during those years. I never really got the hang of how the Perl scripts on Matt's Script Archive worked or what Dim meant in Visual Basic. I wanted to, but my interest had already started to shift to movie making.

In my later teens, I tried my best preparing for a career in film making. It proved to be difficult, being based in a small town far away from the industry didn't exactly help. To me, it made little sense to move just to Stockholm. If relocation was going to be required, why not move even further away. That's how I ended up in the Netherlands and how I began my exploration of north-west Europe. Brussels, Belgium was to follow, and before finally ending up in Stockholm, I spent ten years in Hamburg, Germany.

I think it was in the Netherlands that I got my first VPS, I was a bit afraid at first, as it didn't come with a full-blown desktop environment that I had come to expect from my time using Red Hat Linux 5.2 (not REHL, much older). I slowly started to figure out how the command line worked, and with time people would actually pay me to do system administration for them. One thing bothered me, though, while I was confident in configure and run applications, I could still not fully understand how something was working by reading its source code.

After doing Sysadmin, I developed a passion for programming. I remember, for years, all I did was study programming. I lived and breathed programming. I didn't even follow the news during these years, it's as if they didn't exist.

I now work as a Devops, making good use of the experiences that led me to this position.

Join Daniel! We have vacancies in 🇸🇪Stockholm along with an enviable recruitment package.