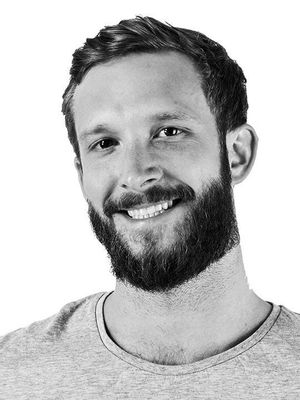 After spending several years in various production industries where I had to interact with complicated user interfaces, I decided enough was enough and applied for a Bachelor in Interaction Design so that I could try and ease the pain of using digital products.

To my surprise (from not reading the education plan thoroughly) the first course - and many others - involved lots of programming in various ways, something which I hadn’t touched since upper secondary school where I got scared away from it in the form of a C++ course that I barely managed to scrape by. But, as I was a little bit older (and smarter) at University, I realized that being a developer was really exciting and something I enjoyed in every aspect of its stages, and has stayed as a main interest in life from there on.

Since my graduation, I’ve been working mostly with coding for the web, I started simple with building websites in HTML and CSS, but as time went by my interest started to lean more and more to building stuff in Javascript. Mainly because I was jealous of hearing all the talks about new and cool frameworks while I was stuck with jQuery at the most. From there on I have been completely sold in the JS world and try my best to keep with its ever growing jungle of libraries and frameworks.

In my free time when I’m not doing anything code related I like to pick up (relatively) heavy things from the ground and put them back again in the form of powerlifting, with this I’m also involved in online communities around it and have spent countless hours learning how to perform a deadlift with perfect form (in theory).

Join Andreas! We have vacancies in 🇸🇪Lund along with an enviable recruitment package.