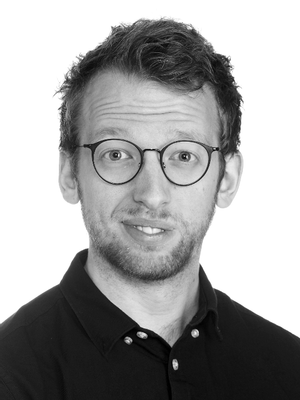 My interest for computers has been a part of me for as long as I can remember. I began writing some basic programs when I was 10 years old, which led me to think that I was going to study computer science when finishing high school - no questions asked. However, during my high school years I started to develop a keen interest for both the mathematical and the social sciences and all of a sudden, it was not so easy for me to decide what area to pursue after high school.

Finally, I ended up with a Bachelor degree in Mathematics with a specialisation in numerical analysis. Even though I had fallen head over heels in love with mathematics and programming, I was still wondering if I had made the right choice.

I decided that the only way to figure out what I truly wanted to do for the rest of my life was to try and see what the other side had to offer. I began working in the service and banking industry for a couple of years while giving law school a try. I found law to be a fascinating subject on its own, but realised after some time that my heart truly belonged to mathematics and software development.

Besides the problem solving skills I developed during my time studying mathematics, I truly believe that my non-traditional background is one of the greatest strengths I possess. I dare say that I have truly lived outside the box, and have thus gained experiences that will benefit me to a great extent, both as an individual but also in my work as a developer.

In my free time, when I'm not tinkering with Haskell and other functional languages, you can find me outside running long distances or inside working my way through my ever growing "books-to-read" list.

Join Andreas! We have vacancies in 🇸🇪Lund along with an enviable recruitment package.