So, Leetspeak, that happened

I started at tretton37 just about a year ago. My first couple of weeks at tretton37 involved a lot of mug posting to the far corners of the globe. I couldn’t quite understand why requests were coming in from all over the world for a mug that had something about France being bacon on it. I just didn’t get it. So, I bought in about 900km of bubblewrap, thought “computer nerds are a funny bunch” and posted them off. Job done. 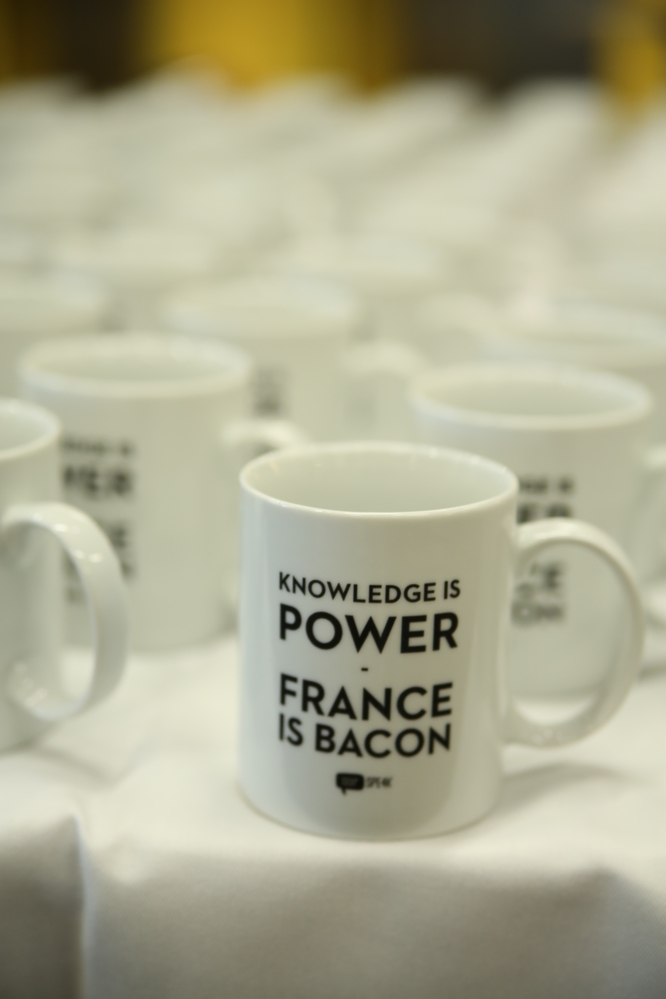 The weeks went by, and over the past year I’ve managed to find my way amongst the numerous computer cables, ‘Game of Thrones’ quotes and the other day I even understood a Sharepoint joke (well, ok ‘understood’ was perhaps overkill, but I knew when I should laugh). Anyway, slowly but surely, the talk of Leetspeak began to surface more and more frequently. Dates were set, it was to be in Gothenburg, and the speakers were going to be awesome. As the 4th of October drew closer, the organisers were an omnipresent force at the Lund office. Hush hush phone calls were made, plans were laid and Leetspeak became more and more present in daily vocabulary.

The weeks prior to Leetspeak were a haze of late nights, long days and giveaways. The awesome giveaway idea that had been concocted was visual and metaphoric perfection – a seed of knowledge that once planted was to be nurtured and in time it would give great rewards. How very Yoda. And so I set about spraying 400 plant pots with the Leetspeak logo (remember that haze I spoke of? I think it was the paint), seeds were individually counted and placed in hand stamped envelopes, our resident gardening expert advised on the purchasing of plant nutrients, care leaflets were printed and the other assembly parts were organised. I saw the vast amount of time, energy and love that was put into the giveaways and know that this amount effort, time and care was put tenfold into every decision made in relation to Leetspeak. 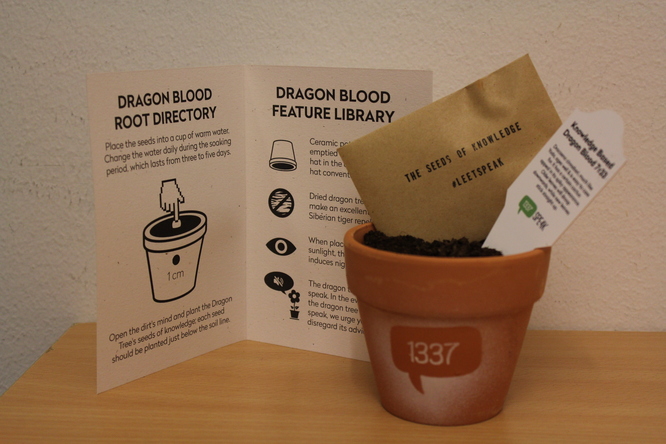 The next thing I knew it was time to jump on the bus and head for Gothenburg. Upon arrival we got stuck into all the pre-Leetspeak jobs that needed doing. As I stood there at 2am, up to my elbows in plant soil, I admit that I asked myself – is it worth this? Just over 4 hours later I would get my answer. Stifling a yawn, the first happy Leetspeaker made their way to the registration, and ‘boom’ it was show time. The day flew by from there, I heard snippets of “awesome”, “brilliant”, “…an amazing talk”, “they always have the best stuff” and (my personal favourite) “can you take soil on a plane?”. The atmosphere was buzzing, discussions were animated and the word of Leetspeak was tweeted like no other. I stood back and took it all in. Holy cow. This is where I work. This company, right here, that does all of this amazing stuff with such attention to detail. This is how it is to work for the most admired company. The sense of camaraderie, the family spirit, was burning bright for all to see. 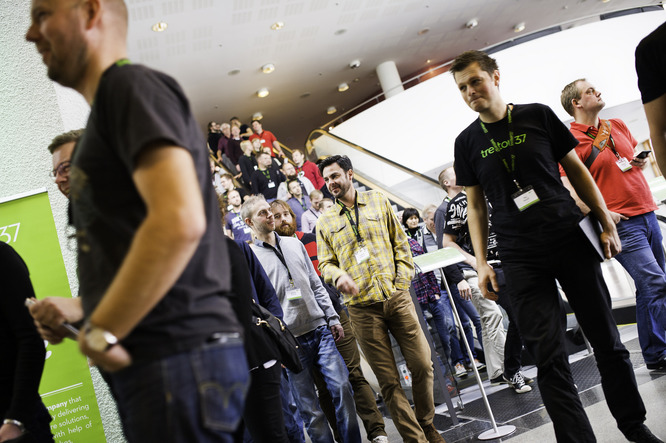 So, I asked myself again, was it worth it? A resounding ‘Yes’. Totally. 100%. Just maybe next year a simpler giveaway perhaps ;)