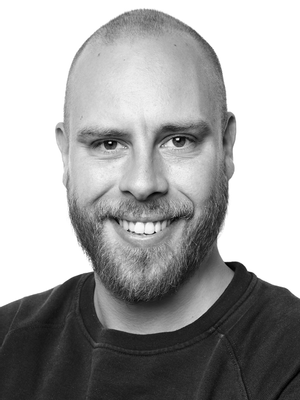 Diaverum provides renal care to patients with Chronic Kidney Disease (CKD). Their vision, aside from keeping people alive, is to transform renal care, offering the highest quality of care and empower patients to live a fulfilling life. Today they have more than 420 clinics in 22 countries and are on a digitalization journey to create user friendly tools that strengthen patient participation, reduce administration and support intuitive workflows.

Diaverum has chosen to develop their own systems in order to stay in control of their core business. They build their clinical processes and standards into the applications in order to make sure that staff are able to work effectively and that processes are the same no matter where in the world the care is provided.

For those of us who work with development, it is about creating humane IT-systems that the users like to interact with and that increase productivity, improve patient experience and deliver superior medical outcomes, says David Jakobsson who has worked in the overlap between IT and health care for 16 years, and who heads the development team at Diaverum.

Diaverum started a collaboration with tretton37 around the same time that they drafted their vision of the paperless clinic. In order to reach the goal, they needed an integration module that collects data in real-time from the dialysis machines, and an application that optimizes the most important workflow for the largest user group, namely the dialysis treatments carried out by dialysis nurses. UX-designers and frontend-developers from tretton37 led the way at the beginning of the project and interviewed users at a Diaverum clinic in England.

We also conducted a thorough analysis of what technology stack to use - we decided on React.js - and that we would develop a web application that would feel pretty native on a tablet, but that could also be used as a web application on a laptop, says David.

The result was the integration module d.CONNECT and the application Treatment Guidance System (TGS). Together they tie the different IT-systems together and harness the power of data and smart digital protocols to assist the staff in making the right decisions and to minimize administration. Previously the nurses used a paper form as support during the treatment as well as for documenting the different steps. At the end of the treatment the same information was entered manually into the system.

TGS is not just an application that provides access to information whilst with a patient, but it also serves as a guide for the nurses. It ensures that the treatment is carried out correctly and that the data needed for medical follow up is collected automatically, says David.

The tool we have been waiting for

When the TGS was implemented at the first clinic a number of pilot tests had been conducted but given that the system meant an entire overhaul of the way of working, it had to be complete and comprehensive before it could be taken into production. In order to test if the system was as simple and intuitive as they believed and hoped, the nurses received just a brief introduction.

Commonly there is a significant portion of skepticism of new systems among health care workers as implementations traditionally tend to be less than smooth. Here all the stations were up and running in two days and the users expressed that it was the tool they had been waiting for. From there on the roll out in the clinics around the world has been a huge success, and we have advanced the application further based on the feedback we have received.

David shares that he and the team at Diaverum have been influenced by tretton37’s view of development and that they have integrated new tools and ways of working to their own development process.

We have seen the benefits of short iterations with other parts of the organisation, and by using good tools for presenting the design in a vivid and interactive fashion we have been able to get an internal acceptance before we invest development hours. It reduces the risk of misunderstandings between designers, developers and the business and it reduces the number of changes.