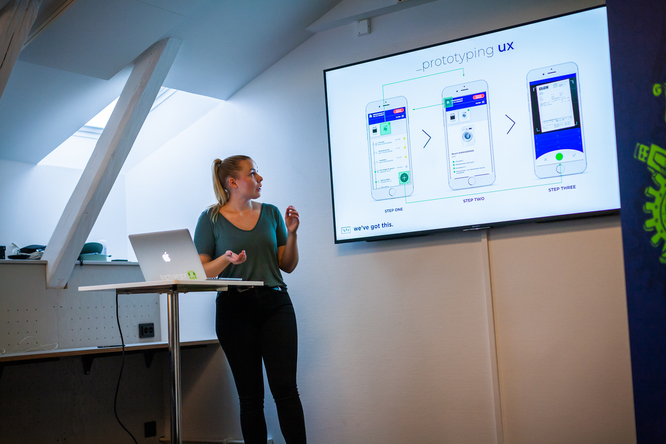 A couple of months ago we completed a usability test of an app in Germany for our client. We were a team that developed a check-in and check-out solution as an add-on to current apps. Before we got the go ahead for implementing the design, the strengths and weaknesses of the design needed to be investigated. And, in order for it to be tested in the the best possible way, it seemed only logical to test it in the right context - as a user.

So, we chose to complete a big field test in Germany, where we jumped on trains and used the app in its right environment. However, our Berlin colleagues were a little pressed for time, and the data really needed to be collected asap. So, we thought about how insights could be gained in the meantime - until they were able to be involved in the Berlin test scenario. We looked closer to home, and decided to add our feature into Skånetrafikens new app and test it on 10 co-workers. This was the most optimal way to test, with the least amount of effort, and with maximum value.

While testing at the office, we all had a lot of fun and it was exciting to be able to share this side of work with colleagues outside of the project. They were given a background story, about how they were travelling from Malmö Triangeln to Lund and how the conductor needed to control their ticket when they tested the app. It yielded some well-needed feedback that meant that improvements could be made straight away before the field test in Berlin.

The outcome?
The findings in the Skånetrafiken version vs. the "real" version that we tested in Germany differed a lot. There was considerable focus on the UI side of things when trying it out with our colleges. When we tested it out in Germany, we found some flaws and were able to recommend changes to improve the whole user journey.
Receiving feedback this way also helped us to understand the expectations on the algorithm better.

Overall, the outcome successfully combined both a fun field experience and many useful insights that will ultimately make a difference for the product.